The Dakar is over and this synopsis of the bike (& quad) portion is the best I have seen. If you missed it, this will catch you up. Links to ADVmoto Dual Sport News for the halfway and final reports follows. Congratulations to the winners!

Sometimes I dream of riding the (old version) of the Dakar, from Paris, France to Dakar, Senegal. On a big BMW motorbike! But if the physical demands and navigation seem impossible, keeping the motorcycle running for that distance through unknown terrain is unimaginable to me.

Ricky Brabec is the first American to win the Dakar Rally. Formerly known as the Paris-Dakar Rally, it's a yearly off-road event that begins after the New Year and was first run in 1978 for cars and motorcycles.

An interview with the winner.

More from the Top 10 finishers. 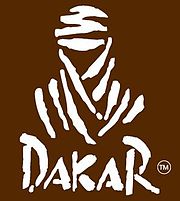 Some more photos at The Atlantic Magazine.

Added an alert for Dakar Rally which starts on January 7th on homepage.