Members of a facebook group, Enduro/Hare Scrambles Riders fom the 70's/80's have been posting results from old enduros, two of which caught my attention.

The first was the Over The Hill Enduro Riders (O.T.H.E.R.) enduro from 1979, the last year I rode as a "B" rider before being advanced to the "A" class, something I never dreamed was possible when I first started riding! Unlike a lot of my friends who had mini bikes or motorcycles when they were young, I didn't own a motorcycle or dirt bike until I graduated from college and could purchase one myself. 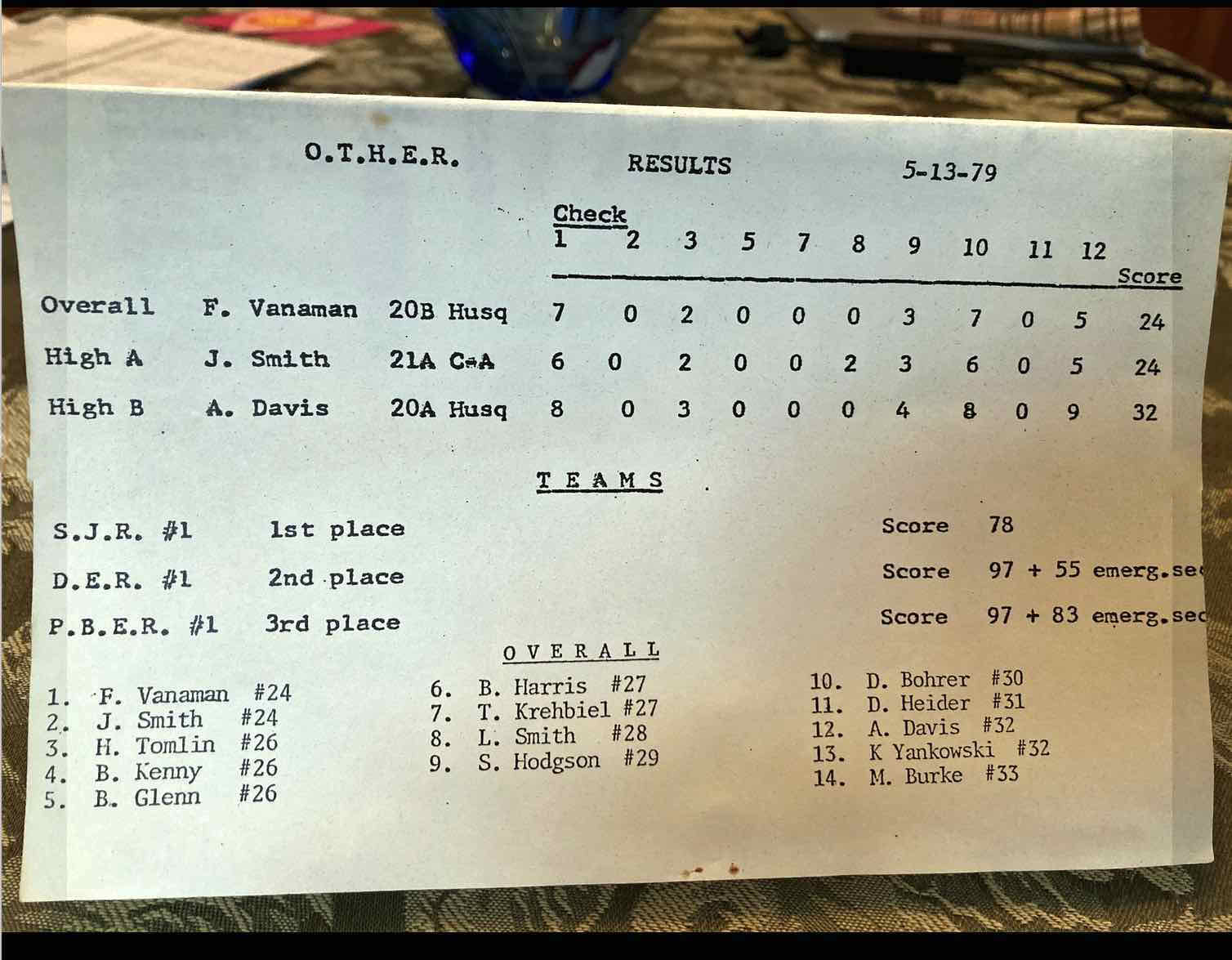 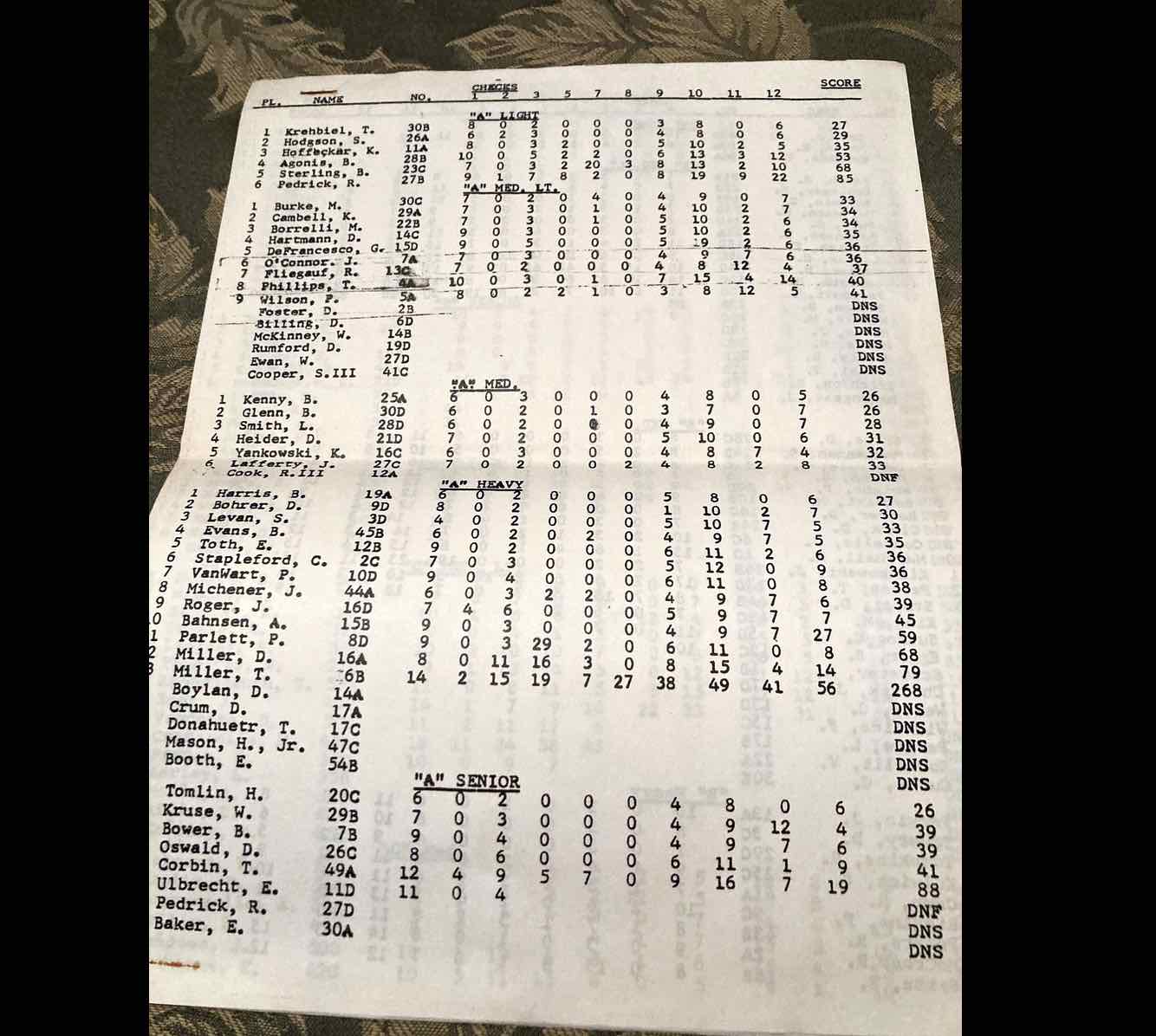 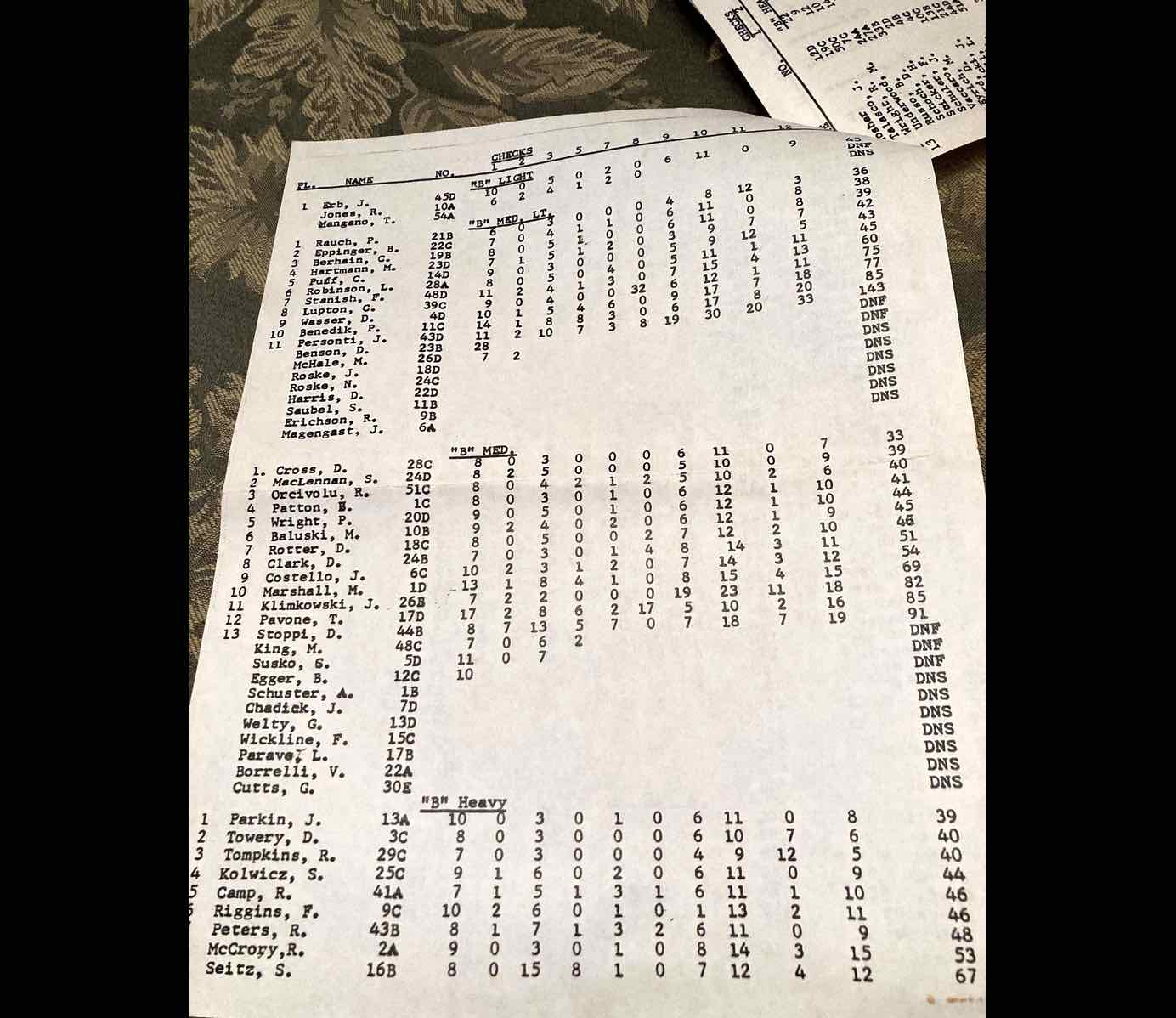 This was the 1977 Southern Pensylvania Enduro Riders (SPER) National Enduro. It was, I think, the first national enduro I ever rode, national enduros being the premier championship event for enduro riders and always had the best riders competing. I did not want to ride a national until I became a "B" rider because I didn't feel I was good enough to enter.

This was also the first event I entered on the 400cc Penton GS6. When I advanced to the "B" class I thought it would be cool to reward myself with buying my dream dirt bike at the time, a 400cc Penton. To actually afford the Penton however, I traded in my streetbike, a Norton 850cc Commando. This was made easier because the motorcycle shop where I purchased the Penton, The Sports Spot in Haledon NJ was a dealer for both brands and a great multi-brand motorcycle shop unlike the shops of today. When I picked the Penton up, Barry Higgins, who they sponsored in MX and also worked there as a mechanic (I think) was visiting and took my new motorcyle for a spin around the lot! I felt as though my machine was blessed.

I did a quick set-up of the motorcycle when I got it home, and that same Wednesday I also was lucky that a friend was able to join me for a break-in ride in Sterling Forest, my closest riding area and a great place it was...

Then Sunday came and I was entered in the SPER National on the same minute #27 with my friend Al. First National, First ride on the 400 ... I was nervous and excited! Unfortunately, while it might have been a very difficult enduro as can be seen from all of the DNF's (Did Not Finish) scores, i had the misfortune of breaking my foot in the first section, not a crash I just hit something really hard with my boot, rode to the end of the section which exited onto blacktop, glanced down and saw my boot had been torn open and had exposed some bloody toes, and seeing that then almost ran off the road!

Luckily, my friend's wife who was driving the van with our gas cans to the next gas stop just at that moment, saw me, saw my problem, and after finding someone willing to deliver my bike back to the start (thank you good samaritan), took me to the local hospital and waited for me while they cleaned out my wound and bandaged me up.

That is the story of my first national, my first ride on the 400 Penton, and my first broken bones while riding dirt bikes! While I may wish it had been a different result I have few regrets of my days racing dirt bikes with friends. And it is probably an experience most true enduro riders can relate to! 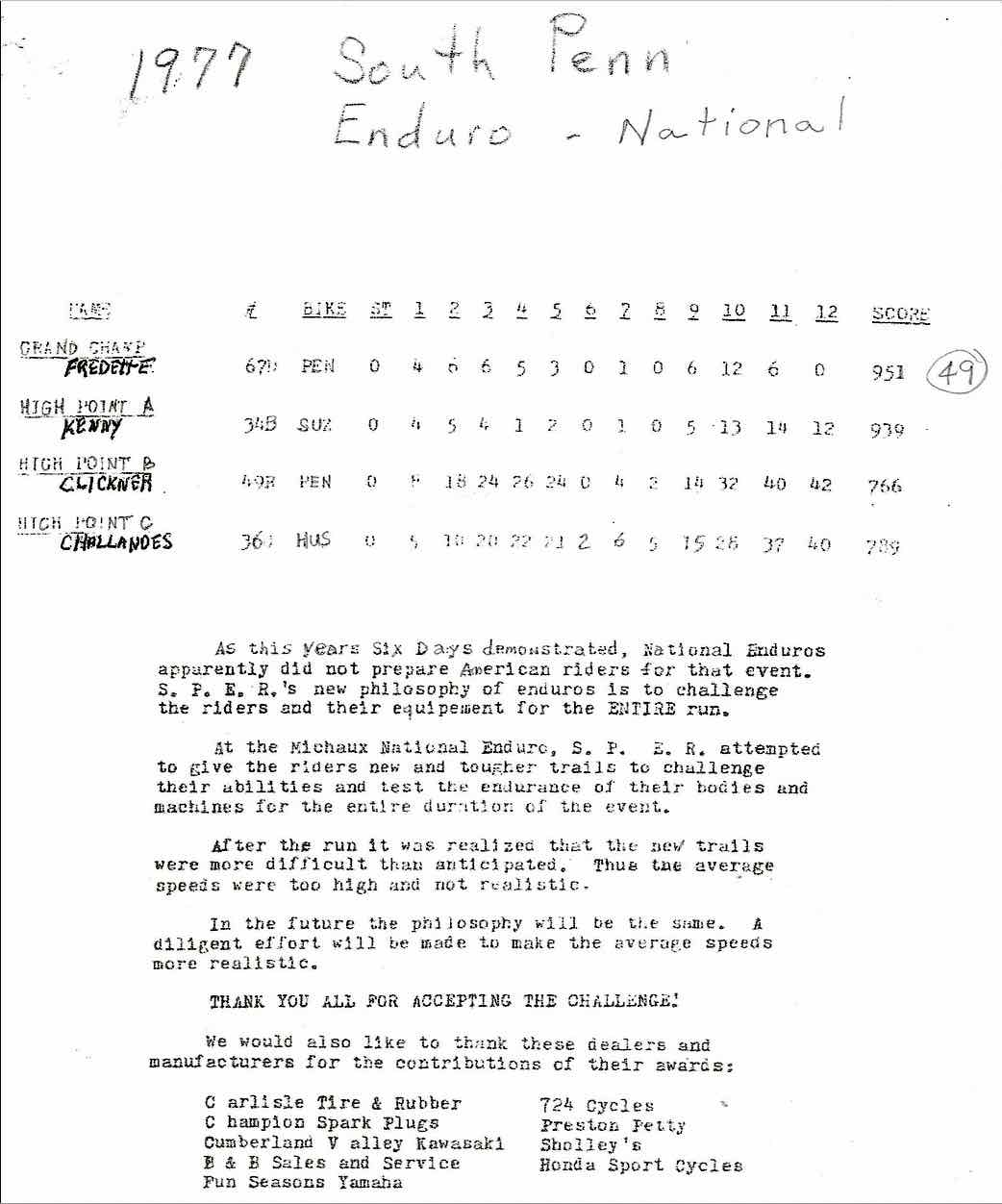 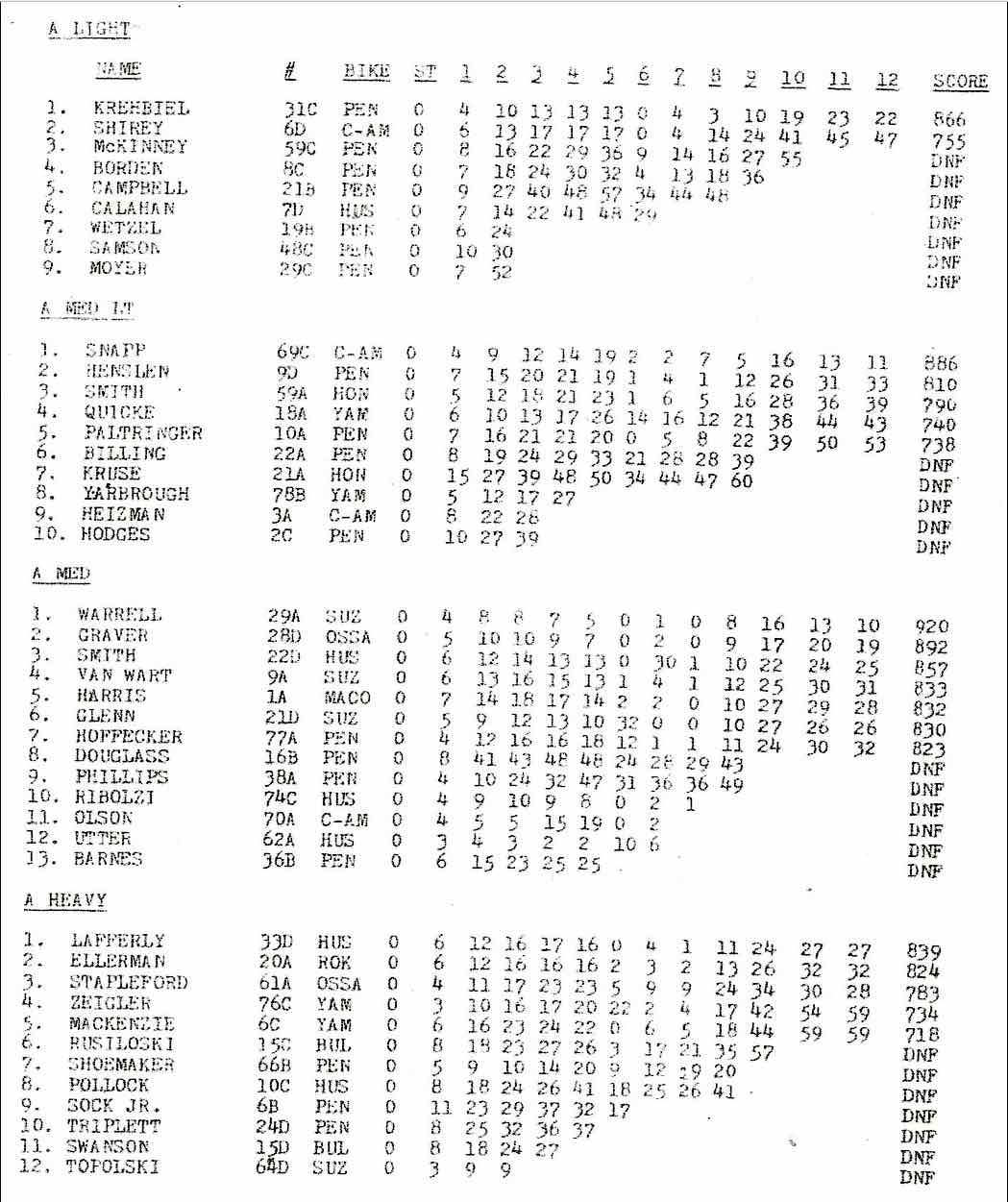 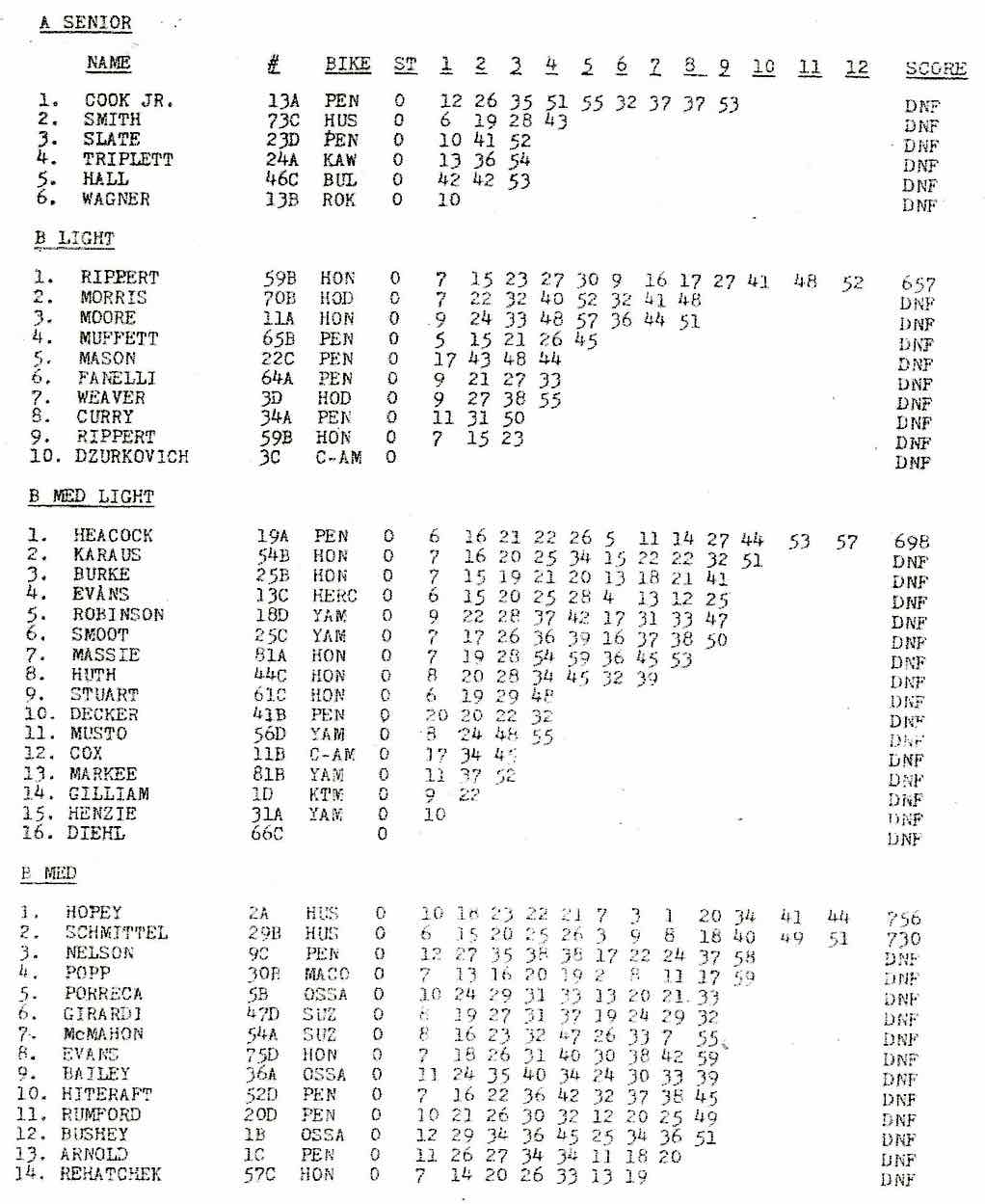 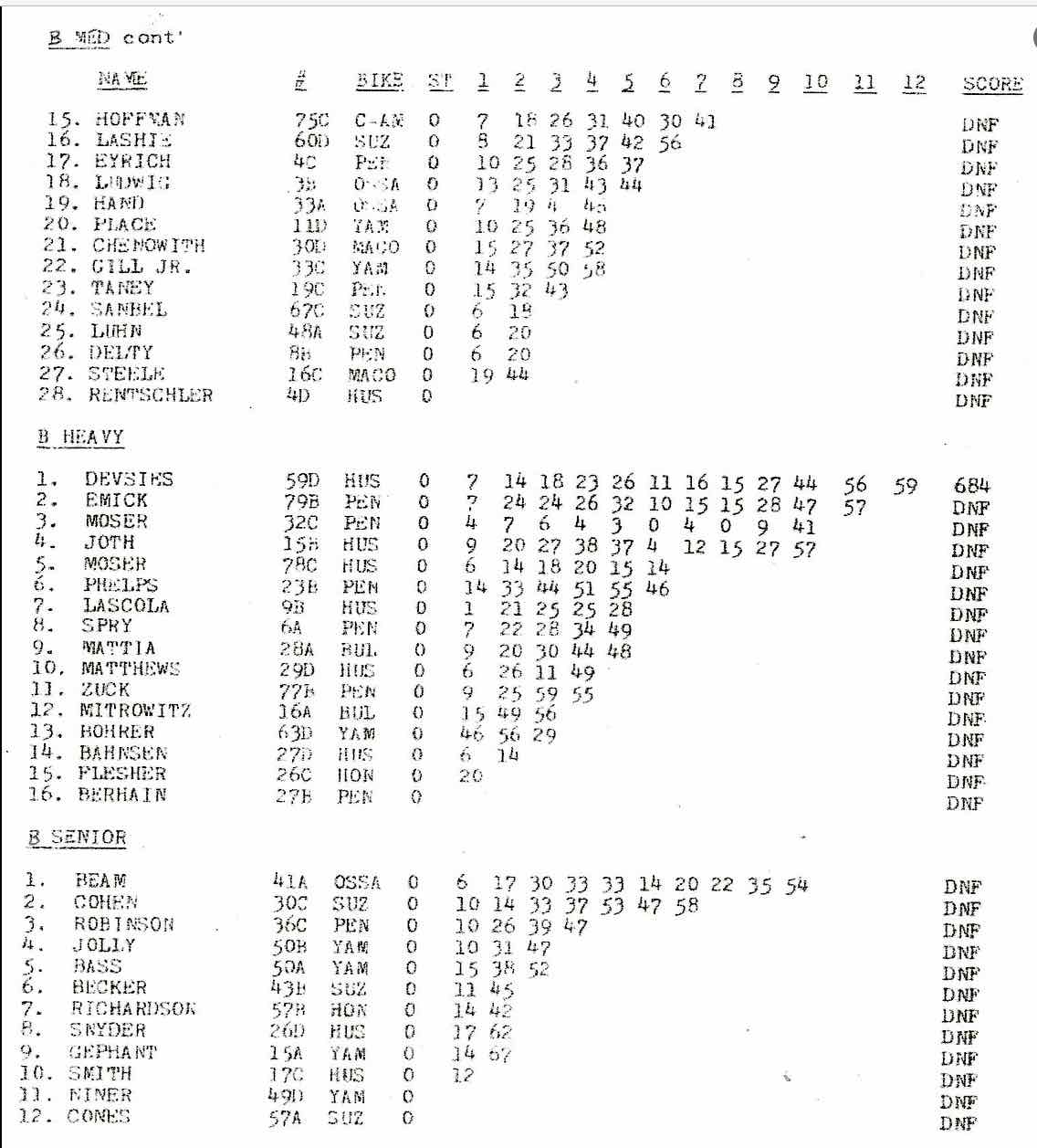 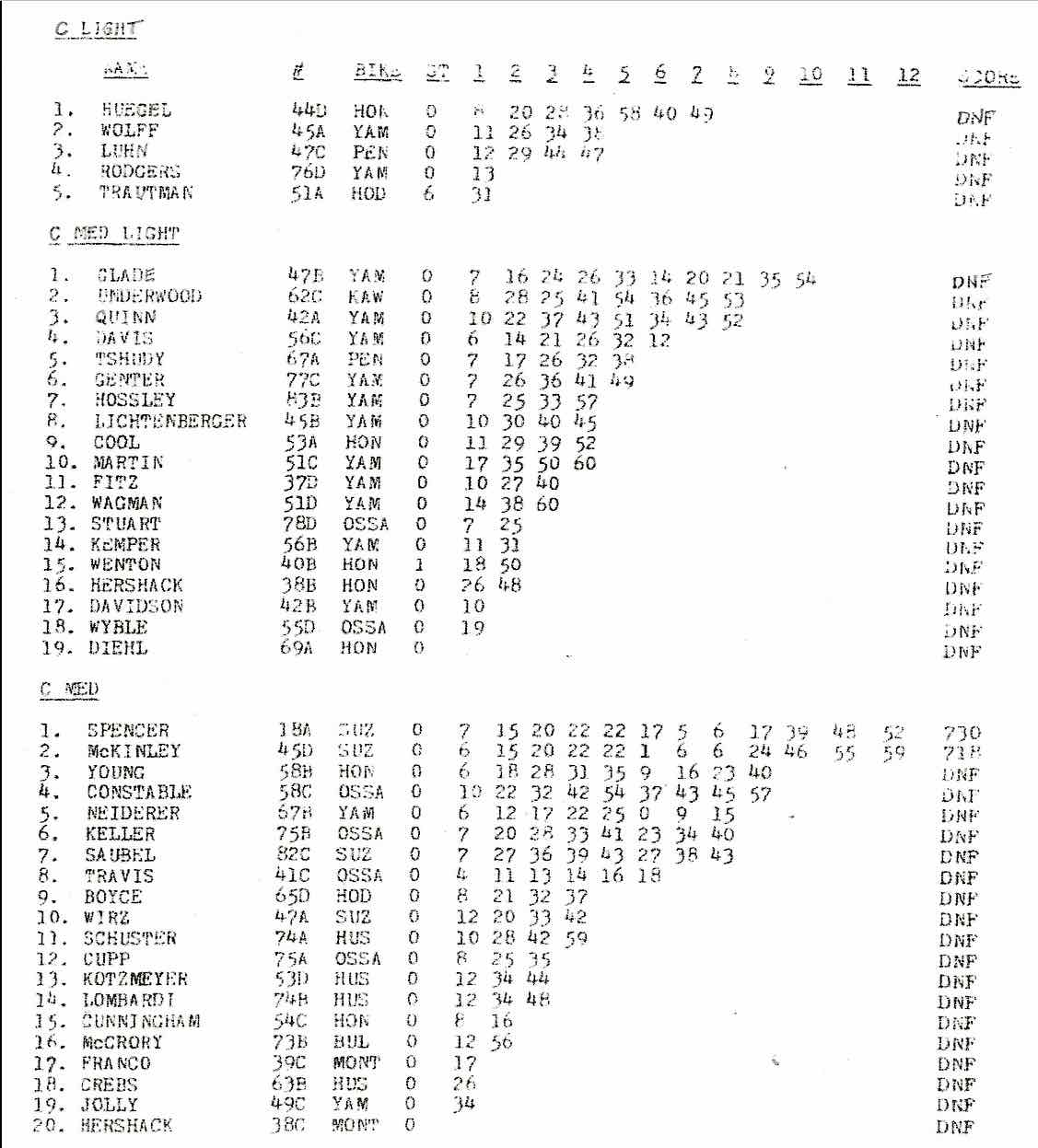