This weekend I attended the ISDT Reunion Ride in King Ferry, NY. I invited Mom & Sis for a short vacation, where they could sightsee while I raced. We have stayed in Auburn, NY in past years, which is an interesting town with several nice historical sites to visit. This year for Mom & particularly Sis, we stayed at the Packwood house in Skaneateles NY in a very nice room located in the center of town. It was chosen so they would have more options for dining, walking, and sightseeing while I was out at the event.

You bet! I took a minimalist approach to the ride, expecting no problems so I brought few supplies for the ride except for spark plugs, some wrenches, but no other tools or parts I usually carry. This was a mistake, but was in spirit with my planning on a trail ride, not race, as I hadn't ridden for over 2 months since my buddy is not interested in riding when the weather gets hot and therefore I also stop. I chose to ride my 250cc Hercules as it's not registered or insured and is perfect for this event that has no such requirements so it's a good event for my bike that I rarely ride locally. As it turned out I feel like there were more muddy areas than in years past which I didn't expect as I was monitoring weather in the area prior to leaving for the event. And which are not favorable to the wide engine case in deep ruts.

I had mounted some new Mitas tires as the old tires were more than a few years old. I checked when I last changed the gear oil and it was OK. I added gas, cleaned the carb, tested the bike started and ran, and when everything checked out, I added some stickers/decals to high wear spots ;-) Seriously, I had also repaired the float bowl gasket and added the axle tool. I was ready. I thought. 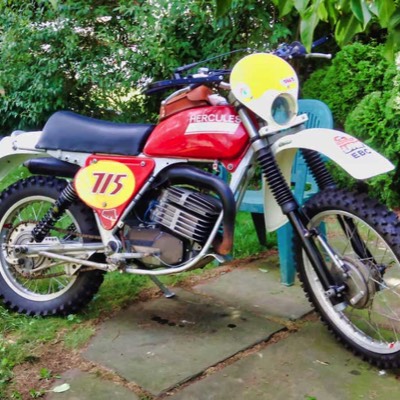 It took @ 40 minutes to get to the start in King Ferry from where I was staying. Signed up and spent some time talking to friends I have met but see once a year since everyone rides different series. Dan Gavin was there riding an 86' 250cc Husky rather than the 250PE I have seen him ride. Ken was there to ride his Honda with sidecar, for fun, as there was no racing class for him. This ISDT Reunion Ride is a friendly competition and is run in conjunction with the AHRMA North-East point paying series but is not itself part of the series but rather a friendly ride following the rules of the ISDT, now called the ISDE.

Following a brief rider's meeting, riders were allowed to push their bikes out of the impound area to the start, following the rules used in the original ISDT.

The bike started and ran fine but I found I wasn't prepared since small problems like wearing different boots than I had worn in the past caused the shift lever to be more difficult to operate, and the vintage Works Performance rear shocks I had rebuilt and added to replace the stock Sachs shocks were too harsh in the roots and rocks. Yes, things I should have checked before riding but it's part of the difficulty of riding a new bike infrequently, or almost never! But I just wanted to ride so those were not big problems. What was a problem was hitting something unseen with the rear break lever and having the tip bend back and making it less usefull. I wanted to repair it but was waiting for "free time" to do so. Unfortunately as I came up to the next test I arrived just in time and had to leave immediately. I decided to ride on and wait to repair it at the next stop…

In that next section I fell once in a slippery corner but restarted without a problem and got to the end of the section and then had some free time to repair the brake lever using some wrenches and levered it near staight.

While waiting to start I spotted Bob Oneil and discovered he had reached the start late which was why I had not seen him earlier. Too brief a conversation followed as I had to leave again…

As I was riding by a corn field, I felt my my front brake lever brush some stalks, and rotated it down or so I thought.. I thought the perch had loosened and needed tightening, so I pulled over to repair it and was surprised to find the perch mount was tight; in fact the perch lever had broken and was not repairable. Probably occured when I dropped the bike previously and just needed the extra hit. I usually carry a complete spare lever for these moments, and use only levers with a split perch for easy replacement, but as previously noted, I took the minimalist approach to this ride. I had no spare.

I was uncomfortable riding without the brake, so asked for directions back to the start at the end of the section.

When I got back to the start, I just loaded up and headed back to Skaneateles to do some sightseeing with the family rather than waiting for the other riders to finish. I planned to return tomorrow. 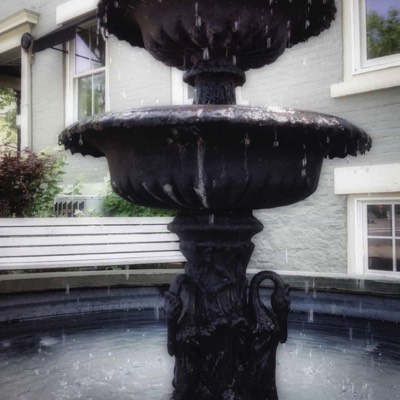 Short story. Went out to the van and the battery was dead. Multimeter showed zero volts. Called the help desk to get a jump and find directions to an open NAPA auto store in Auburn. And then spent the morning driving to get and replace the battery. Spent the rest of the day with the family sightseeing as it was too late to go to the event by the time I replaced the battery. Did the scenic ride around the lake among other things with my family but will have to return again to see more we missed.

My favorite memory this weekend.

Mom asking me if I enjoyed my ride. "No" was my reply, followed by Mom laughing. The difference between having fun and not having fun is finishing the ride. I enjoyed my vacation, just not as I planned. Next year will be better.

My travel companions for the trip. 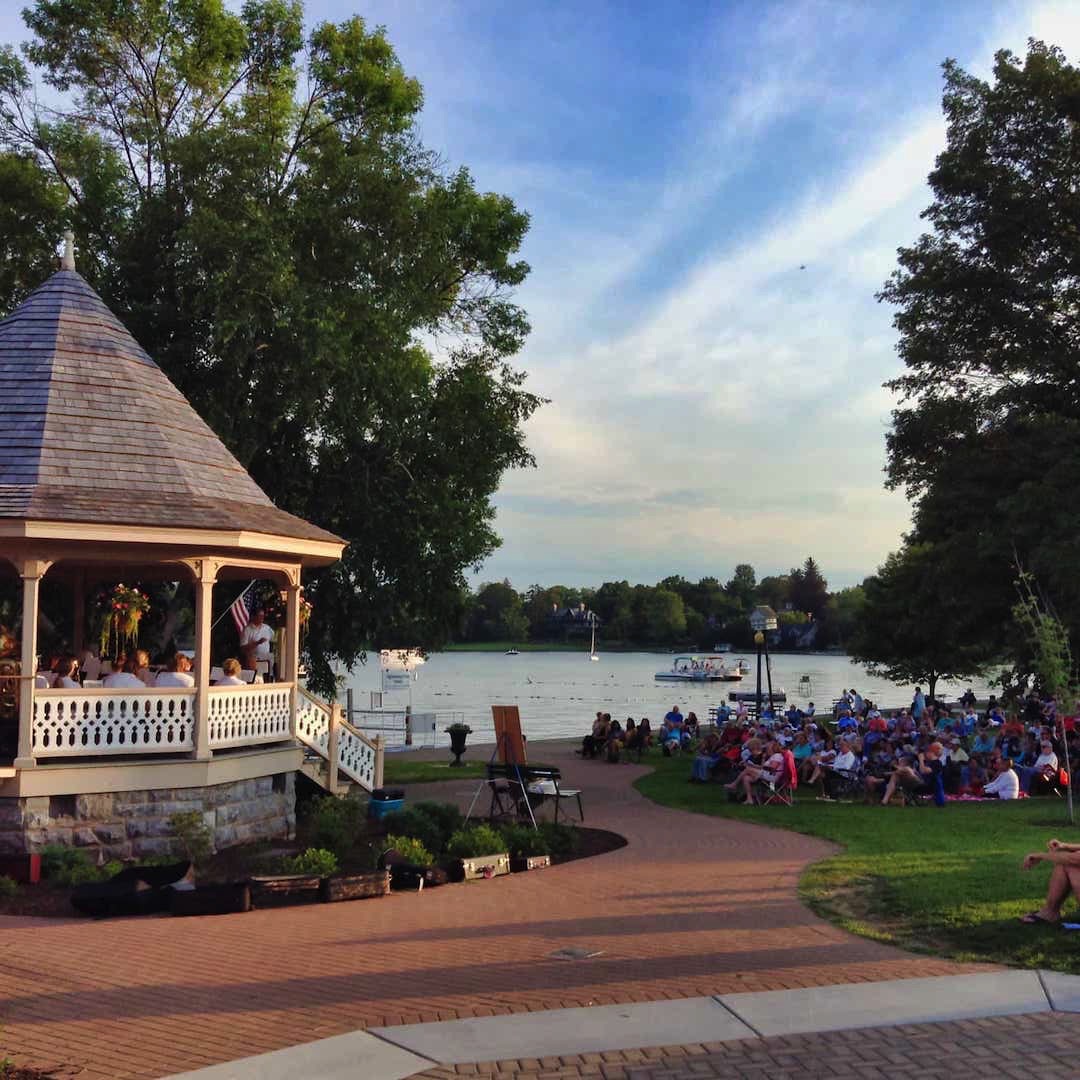 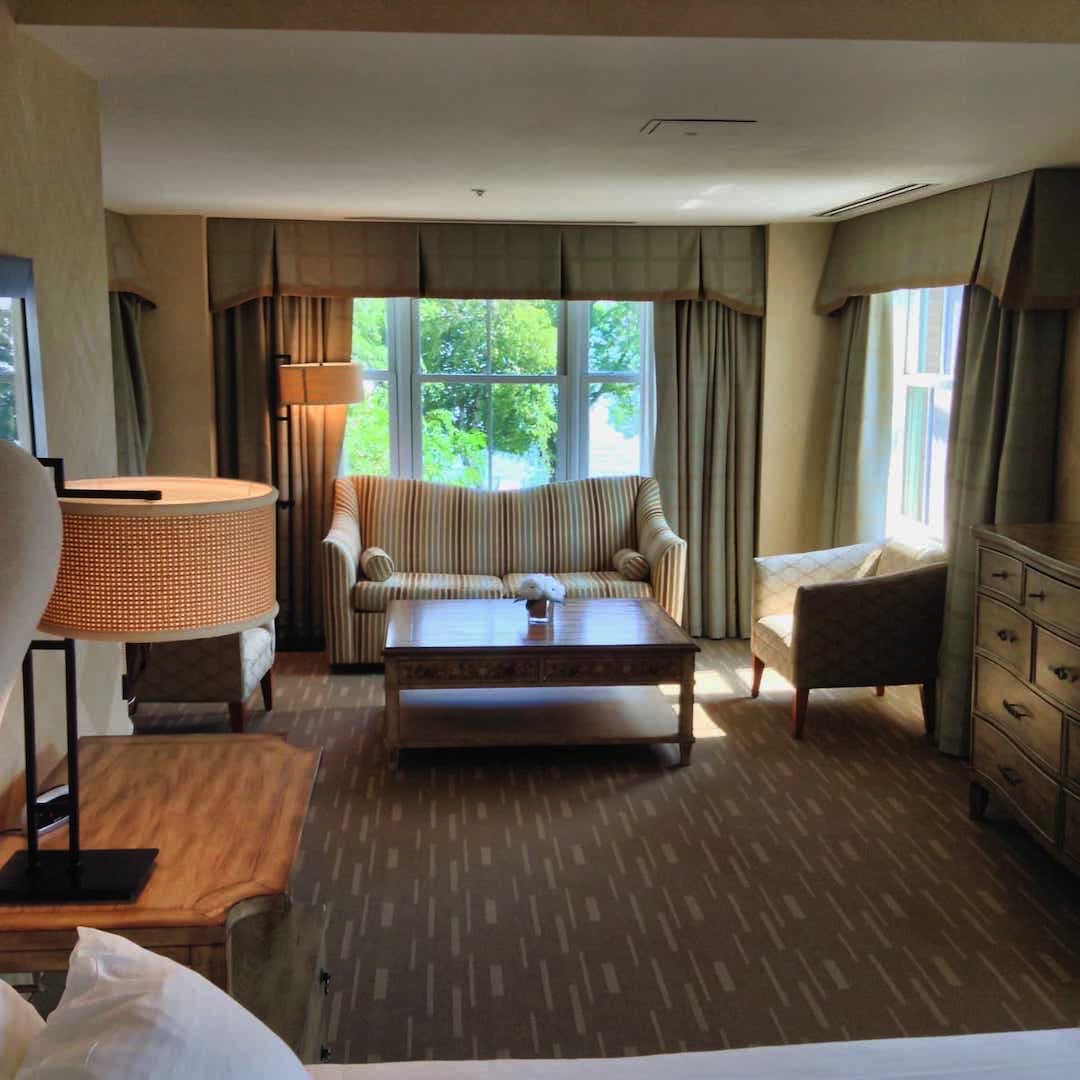 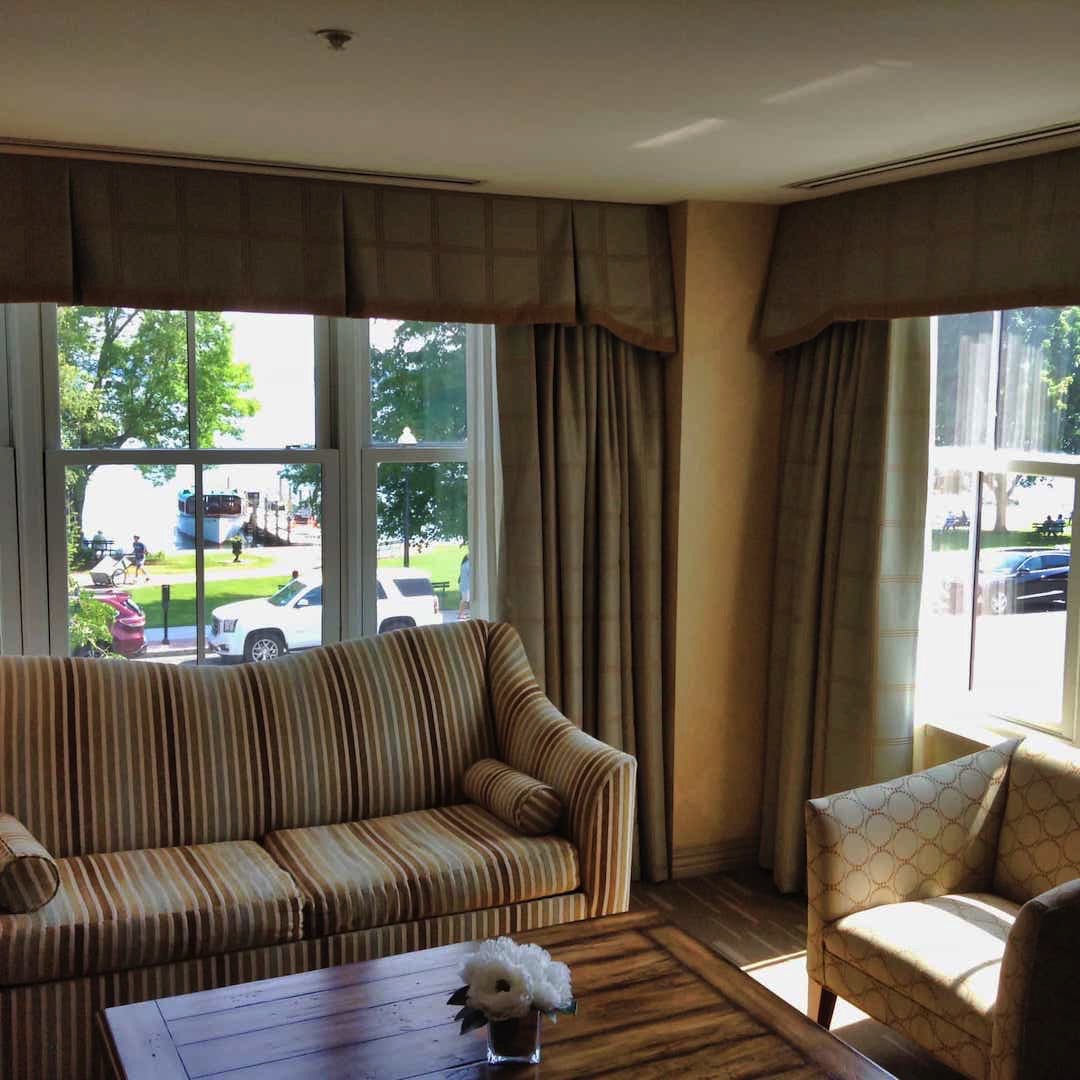 With a nice view. 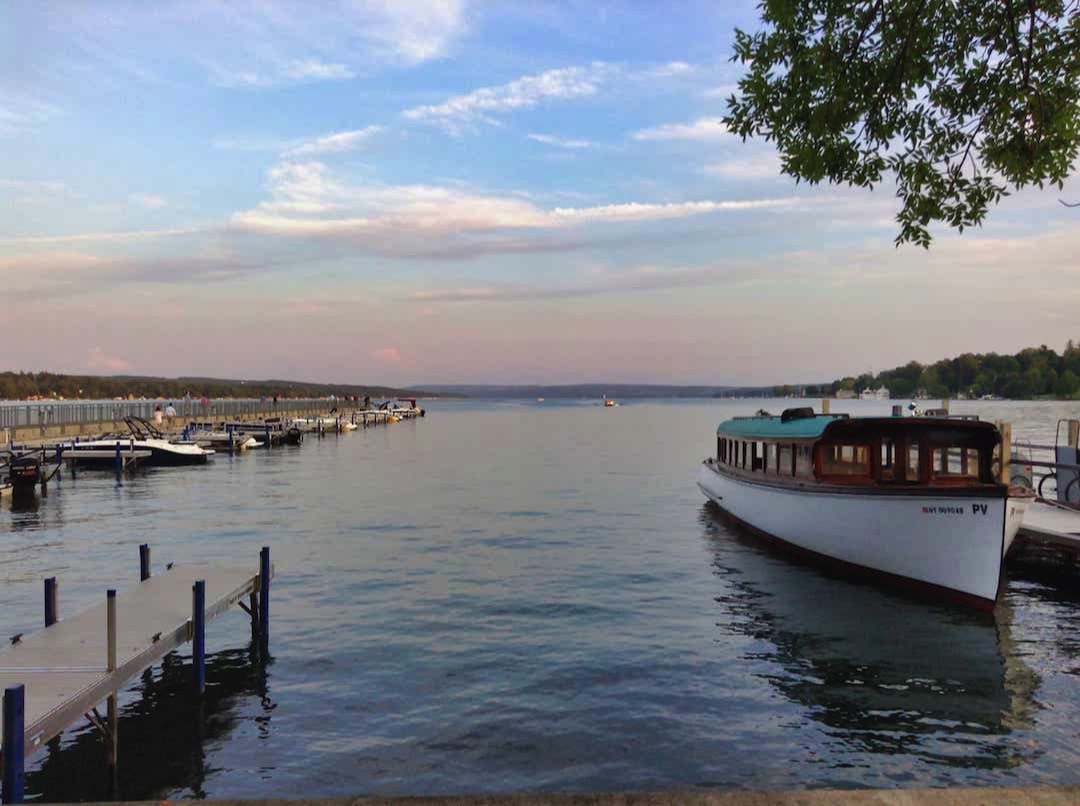 Great view in front of Packwood. 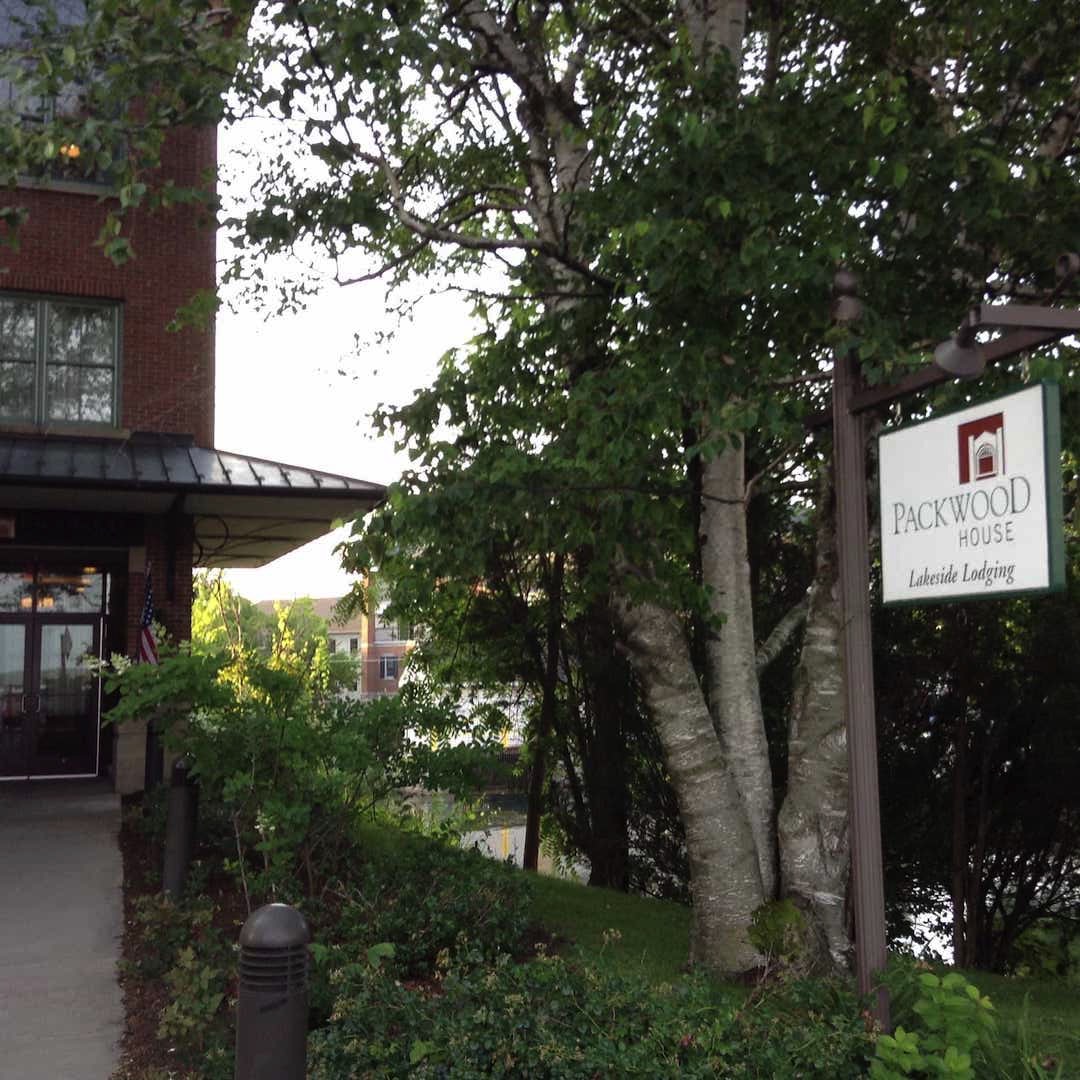 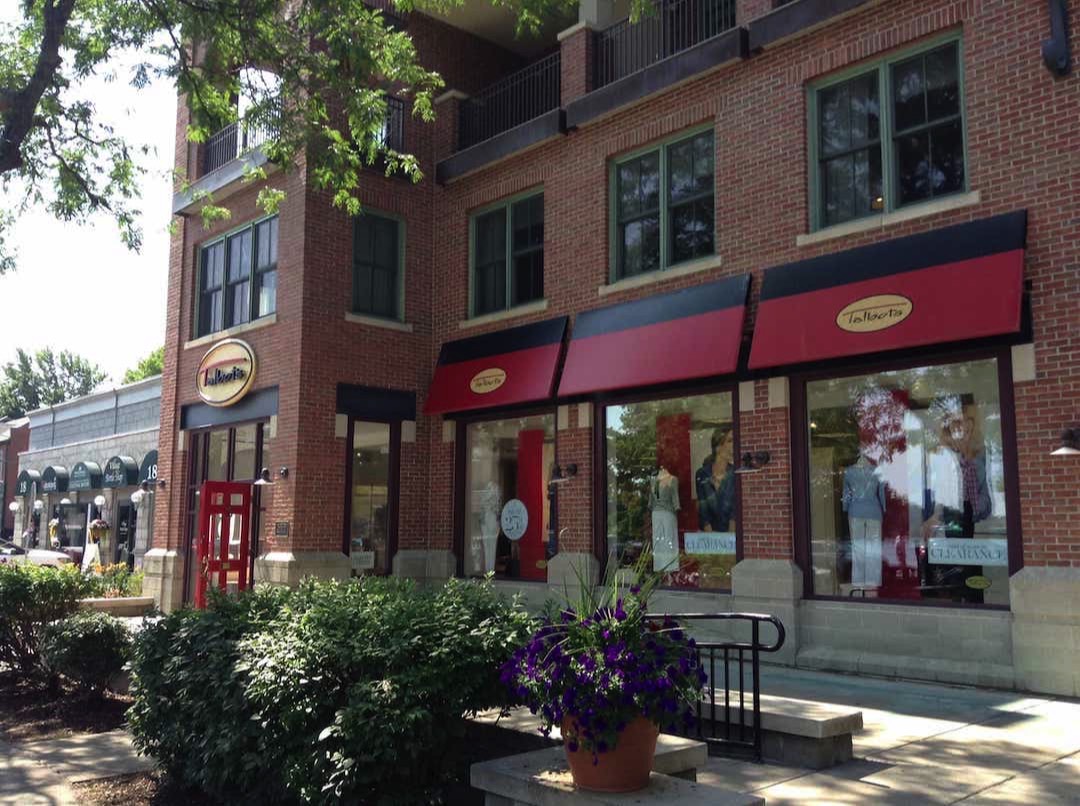 Our room above Talbots on the 2nd floor. 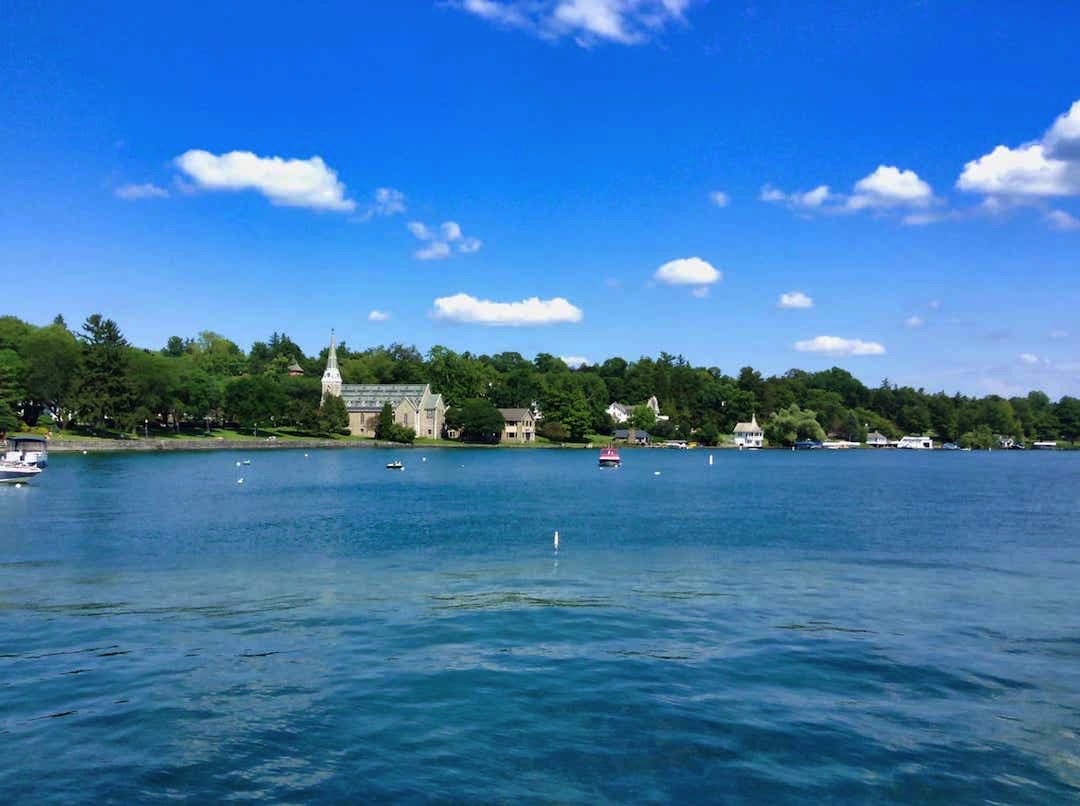 View from the pier in the lake looking East. 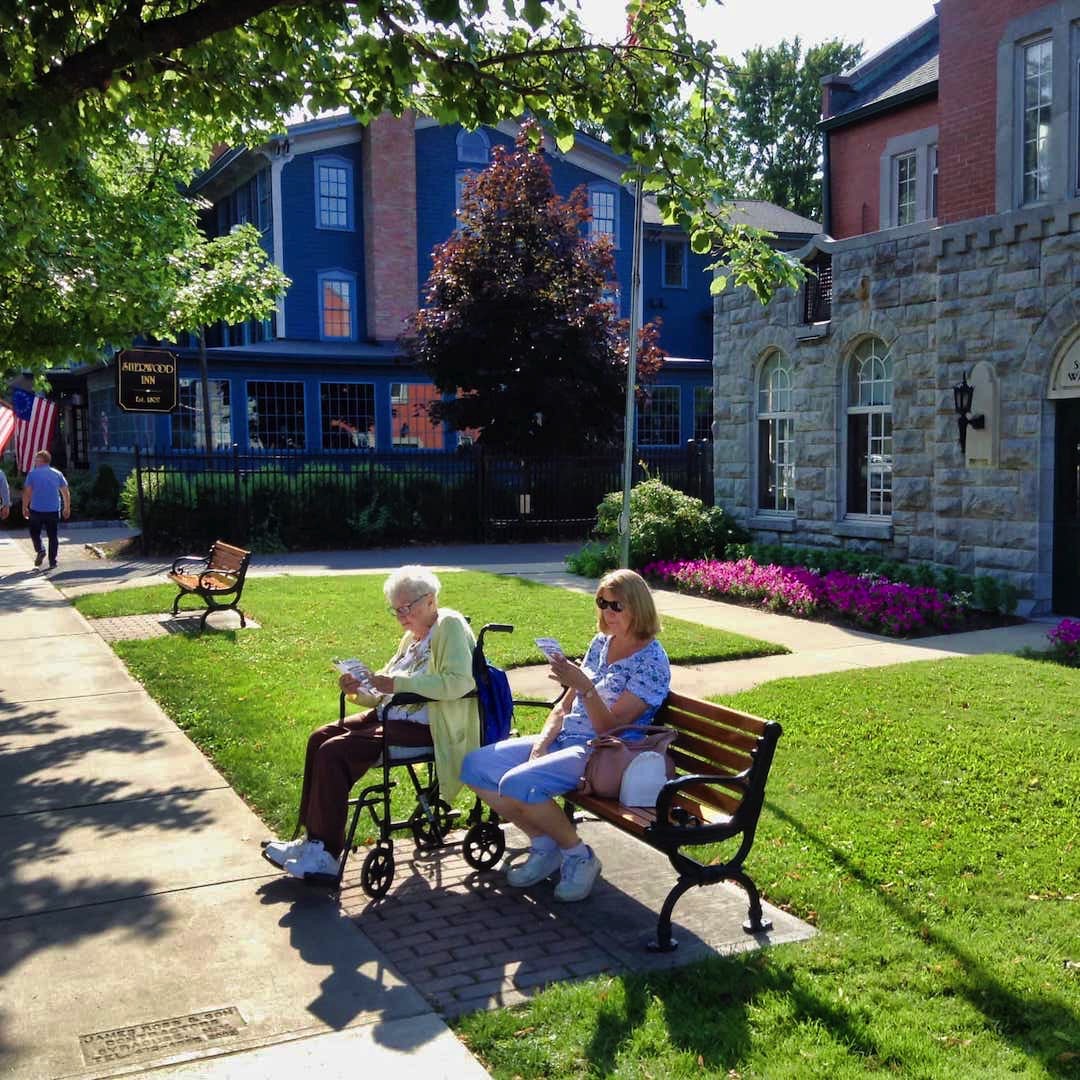 My travel companions with the Sherwood Inn, built in 1807 in the background. 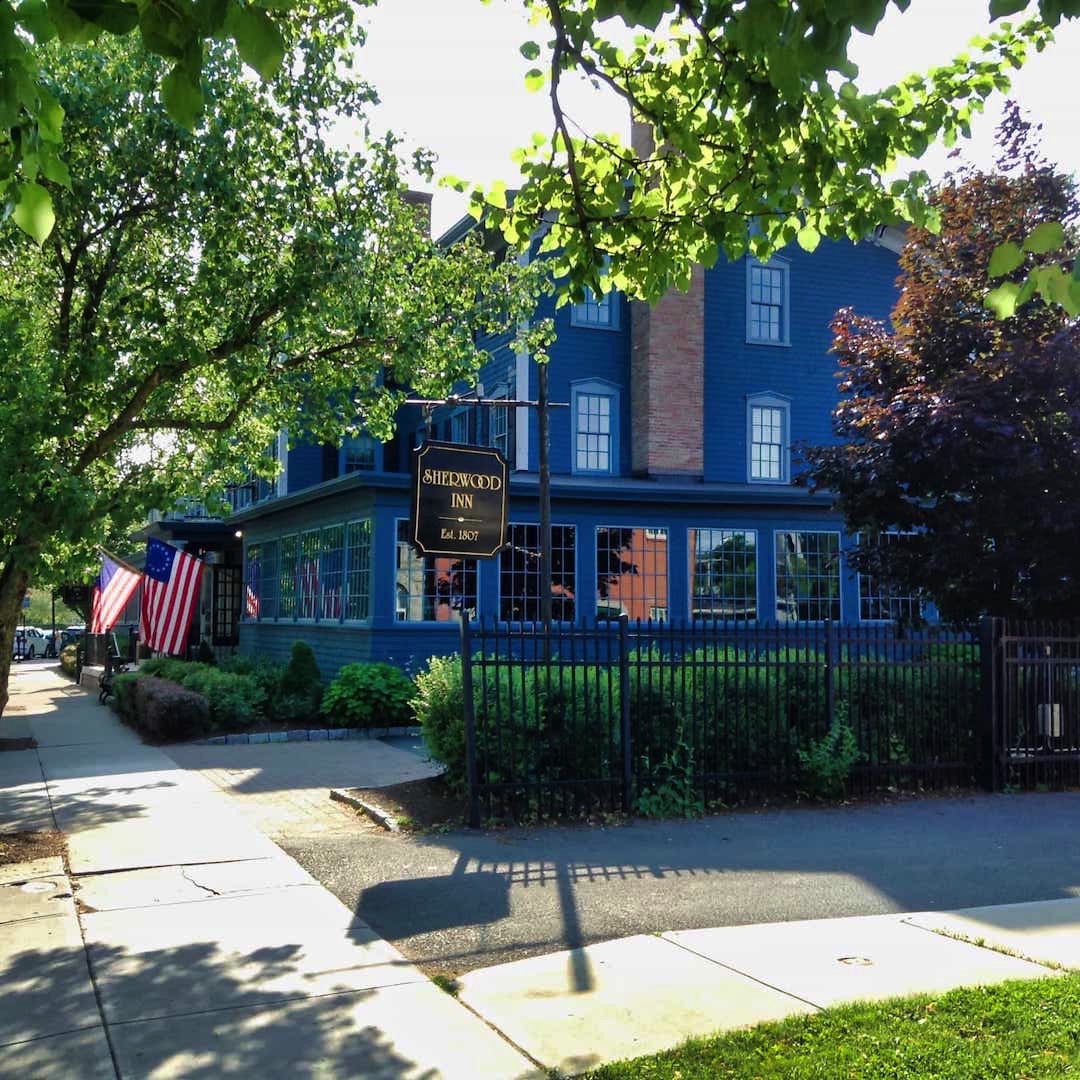 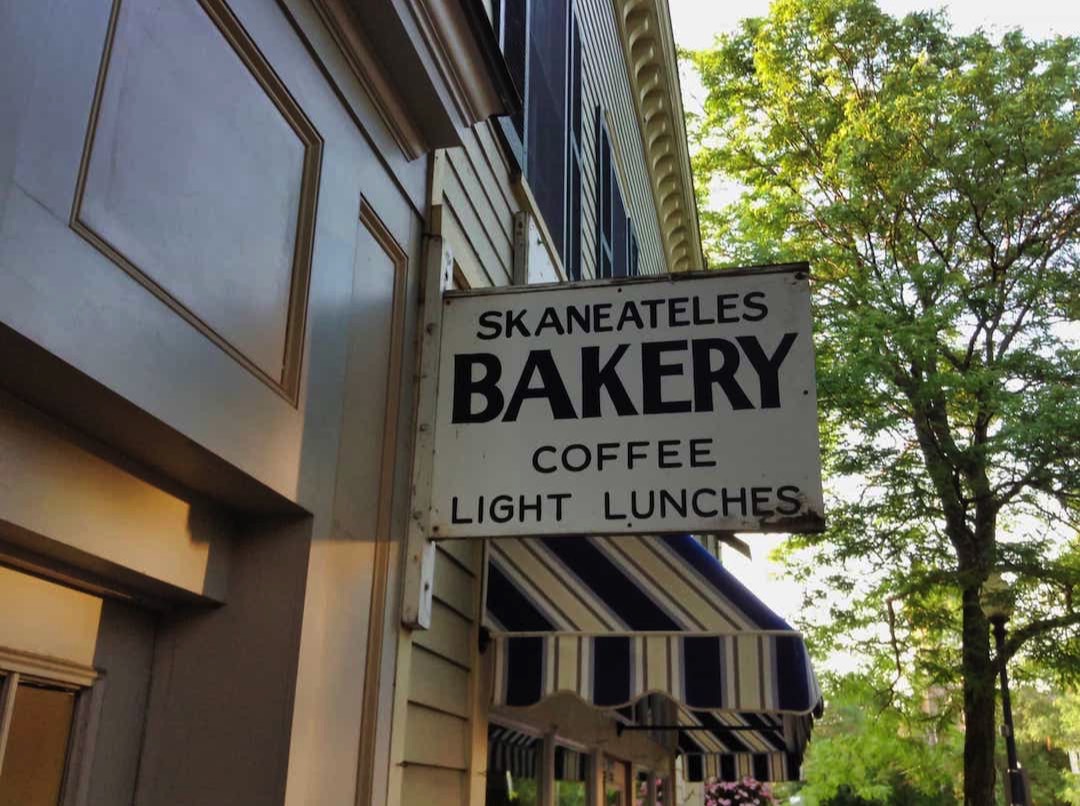 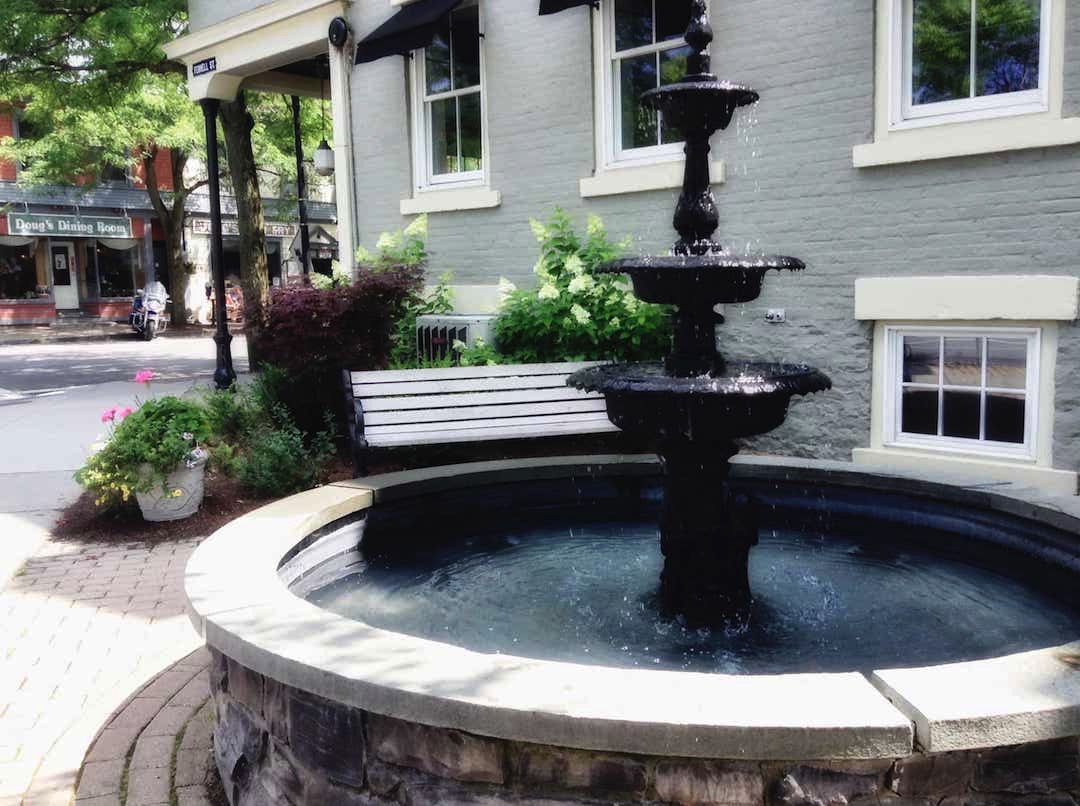 A nice spot to enjoy a sandwich.

The bike is better than the rider. Because of the unplanned problems, I have no photos of the event of which I generally take a few. Just this picture of a dirty Hercules that needs a goood wash. And a brake lever. And better preparation!

A lot of the Reunion Ride experience is about friendship and getting together. Camping out would be nice. But if you travel with family, staying in a nice town and having the opportunity to experience other activities is something that is also a great way to spend the weekend. 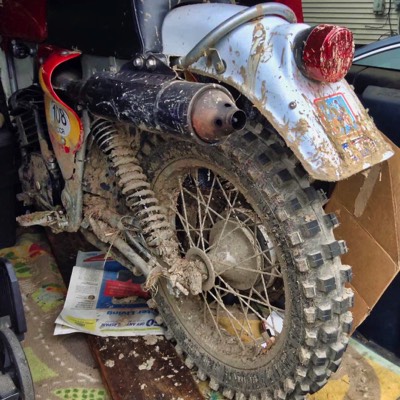 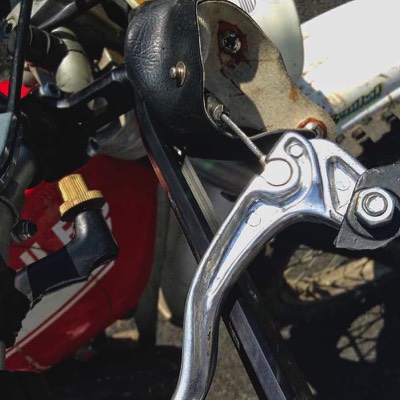 The Skan Cam at the village of Skaneateles. View the lake in real time.